A day tour to Shubash gram can easily be done if you want to see the ancestral home of Netaji Subhas Chandra Bose. I went there thousand times. In my school life, I went there to see a local fair. A visit to Subhasgram is only a day’s task. It is not very far from Kolkata. It is hardly half and hour journey to reach Harinavi.

Subhasgram is now a town near Baruipur, South 24 Parganas district of West Bengal. This historical town is under municipality of Rajpur_Sonarpur Municipality. Subhasgram is under Sonarpur Police Station of West Bengal. It is very nearer to Kodalia village, now converting into a city. This south suburban area near Baruipur Station is named after the great Indian freedom fighter Netaji Subhas Chandra Bose as his ancestral house is at this village (Kodalia), before his parents moved to Cuttack, Odisha.

In pre-colonial and post colonial era, the royal kings of Kodalia and the Baruipur Zamindar family offer the grand puja to Lord Jagannath. The “ratha” is made up of iron. But it is of no use. It lies just beside a old dilapidated Hindu temple. According to the local fables,this iron made chariot is installed permanently, not by the humans. Other than this, the ruins of terracotta styled temples are often seeing in the nearby areas. 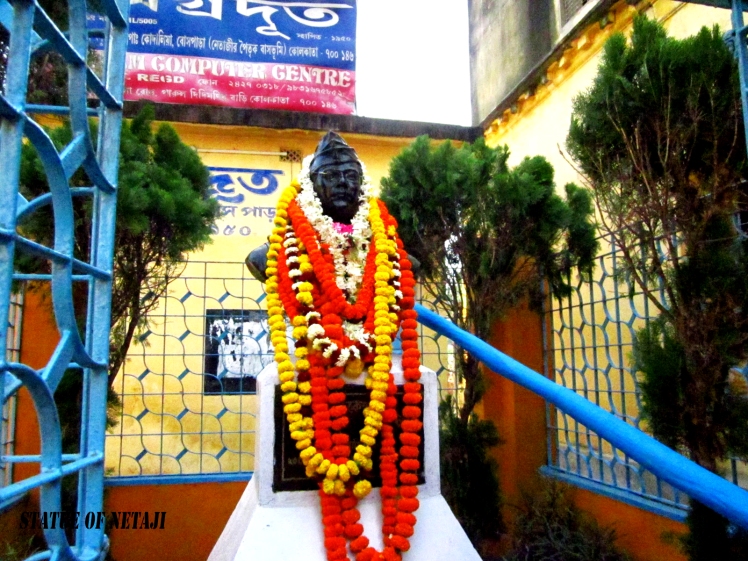 One of the prime attractions in Subhasgram is the paternal house of the patriot of all the patriots- Netaji Subhas Chandra Bose. In the special days like Netaji’s birthday, Republic Day and in the time of Durga Puja, the house of Netaji will open for the public. I went to Netaji’s house on his birthday and also in Durga Pujas. Adjacent to the house of Netaji, there is a museum dedicated to Netaji’s life and works opened for the public throughout the year.

Subhasgram is a railway station connected from the southern section of the Sealdah station. Buses from all parts of the city are easily connected with Subhasgram. Shubhasgram, once the the village of royal peopel now turned into a desolate place. But the real estate boom is now making this village into a residential city in Baruipur Area.

This station comes after Sonarpur and before Baruipur in Namkhana-Lakshmikantapur railway line.

One thought on “The village of Bose: Subhasgram”